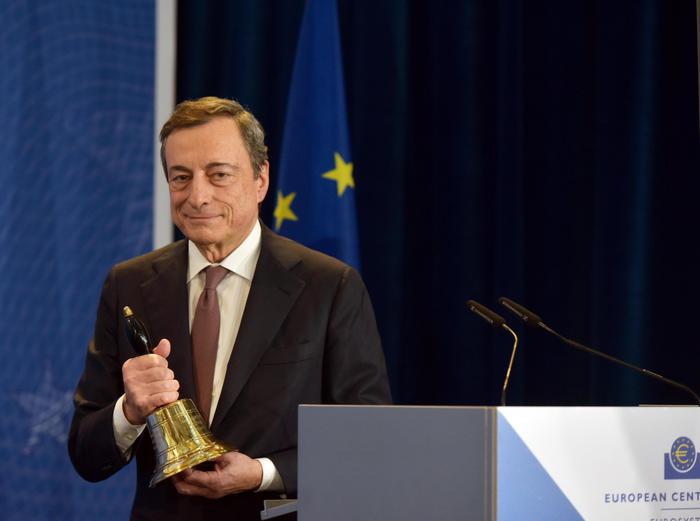 (ANSA) – ROME, FEB 9 – Premier-designate Mario Draghi aims to
focus on a five-point agenda comprising health, jobs, business,
schools and the environment, it is emerging as the former
European Central Bank chief talks to parties about possibly
forming a new Italian government.
Draghi is meeting the big parties Tuesday after talking to
smaller ones Monday – talks in which his potential agenda has
already emerged.
A Draghi government would aim to up the fight on COVID-19 while
accelerating a much-delayed vaccine rollout, participants at the
talks have said.
He would also aim to boost job creation and aid businesses in a
virus-racked economy that has seen the worst recession outside
wartime.
Another key point would be to make sure children get back in
schools which must be fully staffed by September.
On the environment, Draghi would seek to foster a greener and
more sustainable economy.
He would also focus on key structural reforms addressing
longstanding woes that have been the subject of repeated
recommendations from Brussels, starting with a snail-paced civil
justice system that hurts businesses, and stifling red tape of a
bloated bureaucracy that must be cut and streamlined.
Finally, participants at the talks have said, Draghi would aim
to reform the tax system to make it fairer and help foster
growth.
Draghi is seeing Italy’s top parties Tuesday to wind up his
government formation talks: the anti-establishment 5-Star
Movement (M5S), the nationalist League party, the centre-left
Democratic Party (PD) and the centre-right Forza Italia (FI)
party, all of whom have said they are ready to support him.
President Sergio Mattarella gave the former head of the European
Central Bank a mandate to try and form a new government last
week after outgoing Premier Giuseppe Conte’s executive
collapsed.
With Italy battling the COVID-19 pandemic, holding the
presidency of the G20 this year and co-chairing the COP-26 UN
Climate Summit with the UK, Mattarella called on the parties in
parliament to back a government led by a non-political figure
rather than holding snap elections at such a delicate time.
The first round of talks went well last week, with the
right-wing Brothers of Italy (FdI) party the only group to give
a flat-out No to Draghi.
Indeed, the consultations almost went too well, with League
leader Matteo Salvini dropping his calls for snap elections and
saying he was willing to work with an eventual Draghi
government.
The prospect of being in the same governing alliance as the
rightist League has caused unease within the PD and the
left-wing Leu group, both of which were part of the coalition
that supported Conte’s government.
Even the M5S another part of what was the ruling majority and
the biggest group in parliament, has overcome its aversion to a
government led by a technocrat.
Conte, who last week said he will not hamper the formation of a
Draghi government, has reiterated that he does not intend to be
a member of the new cabinet.
Conte is close to the M5S and said the movement is the force
that can tip the scales one way or another.
Sources said Draghi is aiming to report back to Mattarella in
the next few days to tell him he no longer has any reservations
about accepting the mandate to be premier in order for the new
government to be sworn in by Friday.
Salvini said Monday that his party was not attaching any strings
to its support for an eventual government led by Draghi –
although the nationalist leader and former interior minister is
widely expected to push to become a minister again.
Foreign Minister Luigi Di Maio said his M5S will have a key role
on the next government, like it had in the two administrations
led by outgoing Conte during the current parliamentary term.
The first Conte government, which lasted from June 2018 until
August 2019, was based on an alliance between the M5S and Matteo
Salvini’s League party.
That was replaced by Conte’s second executive, which featured
the PD, the left-wing LeU group and the centrist Italia Viva
(IV) in addition to the M5S, and collapsed last month when IV
pulled support.
The M5S’s grassroots members will give their view on backing
Draghi or not in an online vote Wednesday and Thursday.
A crucial question is how much of a mix of technocrats and
politicians the new government would have, with Draghi expecting
to appoint more of the former and the parties pushing for more
of the latter. (ANSA). 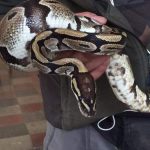 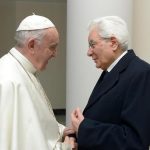 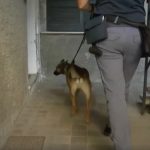 2 skiers missing after avalanche near Sestriere