The lives of the Carusi, the slave miners of Sicily

The word Carusu in Sicilian means “boy” and is derived from the Latin word carus, “dear“.

During XIX century through the early 1900s the word carusu was used to denote a “mine-boy”, a labourer in a sulfur who worked next to a picuneri or pick-man and carried raw ore from deep in the mine to the surface.

These carusi generally worked in near-slavery, often given up by foundling homes or even by their own families for a succursu di murti (death benefit), which effectively made them the property of either the picuneri or of the owners of the mines. [Wikipedia]

Read CHILD LABOUR AND THE SULPHUR MINES from “The Man Farthest Down: A Record of Observation and Study in Europe”, 1912, written by Washington, Booker T.

Seventeen photographs and seventeen poems in memory of the victims of the Piazza Fontana Bombing, a terrorist attack occurred on 12 December 1969 when...
Read more
Italy Crime News and Criminal Investigations

12 leaders of Juventus ultras groups were arrested during an investigation of the Digos ( General Investigations and Special Operations Division) of Turin. On September...
Read more
Italy Crime News and Criminal Investigations

A priest from a secondary school in Alassio, in the province of Savona, felt sick after taking a large quantity of cocaine during a...
Read more
Italy Crime News and Criminal Investigations

A video shot by a car driver shows the dramatic moments following the murder of Valter Sansò, a 56-year-old gardener stabbed by his employer...
Read more
Italian History

Sa Femmina Accabadora was a woman who was in charge of bringing death to people of any age, in the event that they were...
Read more
Italy Crime News and Criminal Investigations 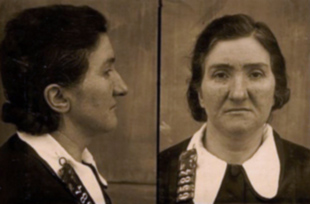 WeirdItaly - April 25, 2013 1
The woman who turned people into soap. Born in Montella di Avellino in 1893 and marked by an unhappy childhood, in 1914 Leonarda Cianciulli...

WeirdItaly - May 31, 2014 0
Built by Bourbon kings of Naples during 18th century, the Royal Palace of Caserta was the largest palace in Europe and a perfect example...

WeirdItaly - January 11, 2018 0
The Villa d'Este in Tivoli is a masterpiece of the Italian Renaissance and is listed on the UNESCO list of World Heritage Sites. The villa...

WeirdItaly - April 13, 2013 0
Submerged village - The pleasant village of Graun, in Italian Curon Venosta, is located in the heart of the tourist region Val Venosta, not...
Latest Italian News and Videos