Madness in Cardito video is a fake

Madness in Cardito video, ten minutes of psychological failure of an old driver in a narrow street of Cardito, Naples, is a fake.

The video is fun and plausible. The people of Cardito told the reporters they were involved in the making of the Automobile Club commercial. Video has gone viral in Italy with more than 400.000 visits in a couple of days. The video has been recorded with iPhones and iPad. The priest is the actor Antonio Gioiello. The video was produced by Automobile Club D’Italia Ready2Go. Here the official Youtube version of the video posted by the company.

Following the source link you can check an alternative view of the video.

Previous article404
Next articleWorld’s largest underground temple: The Temple of Humankind of the Federation of Damanhur

Italy should follow the success recipe from Canada. Canadian authorities decided to follow the liberal approach to the gaming industry back...
Read more
Latest Italian News and Videos

“A Red Steel Circle. A ring that embraces - passing under the new bridge - an area made of iron, water, cement and asphalt. The...
Read more
28FansLike
1,174FollowersFollow
306SubscribersSubscribe

WeirdItaly - September 18, 2019 0
Sport is a strange thing; it ignites a raw passion in the tamest person, it creates rivalries between people who would otherwise get along...

WeirdItaly - January 9, 2020 0
Top Italian car brands include names such as Ferrari, Lamborghini, and Maserati, synonymous with luxury, speed, and aerodynamics. The...

WeirdItaly - September 15, 2018 0
Between 62 and 67 AD the Roman emperor Nero sent a small group of Praetorian guards to explore the sources of the Nile River... 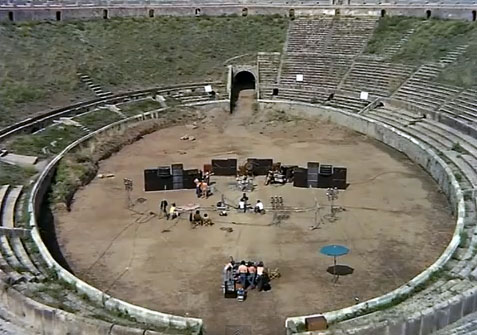 WeirdItaly - February 9, 2013 0
After 30 years of bad governance, Italy is changed forever. Now Pompeii is literally falling to pieces, forgotten by the government. But in the Seventies,...

How Sanremo Casino Continues to Flourish as a Gaming Hotspot

WeirdItaly - May 19, 2019 1
Sanremo Casino has changed a lot over the past few decades. Its official name is Casinò Municipale di Sanremo, and it's located along the historic...
Latest Italian News and Videos